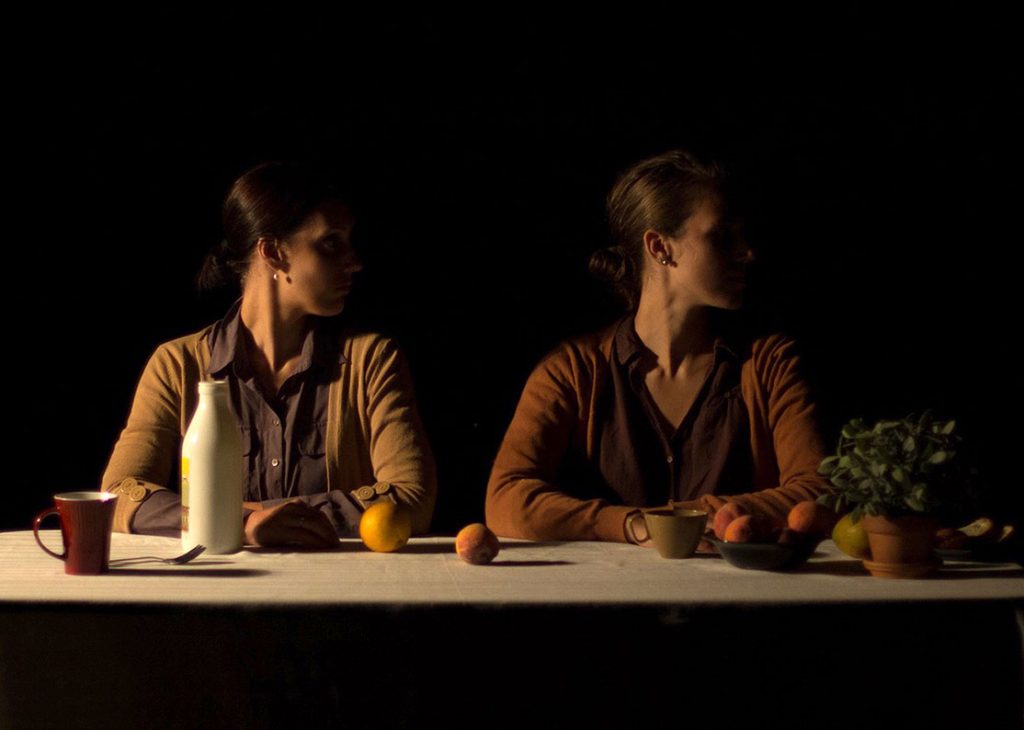 Katia-Marie Germain has presented works as a choreographer and dancer since 2010. Her pieces Y demeurer (2010), Aube (2012), FOLDS (2014), and Habiter (2017) were created and performed at festivals and other venues in Quebec and outside Canada. After obtaining B.F.A. degrees in visual arts and contemporary dance, Katia-Marie completed a master’s degree in dance in 2017. She has an interdisciplinary approach to the body and space, using compositional strategies from the visual arts to question the disciplinary territory of choreography. The visually captivating works that result from her investigation draw spectators into a zone of contemplation and uprootedness. She has received numerous awards and honours, including the Contemporary Dance Prize (Concordia University, 2010), the Bourse Pierre-Lapointe (UQAM, 2015), and the Prix David-Kilburn 2017 (UQAM).

During the 2018-2019 season of CAM en tournée (the touring program of the Conseil des arts de Montréal), Katia-Marie will present Habiter (2017), a work for two dancers that explores the relationship between the body and its surroundings. With a chiaroscuro aesthetic created by the oscillating light from a single source, the visible and invisible movements of the dancers seem both ordinary and strange. Playing with illusion and temporal perception, they subtly modify the visual space, evoking a painting coming to life.